Wisconsin man arrested on gun charge following Schaumburg protest Barbara Vitello  Updated 11/30/2020 5:40 PM  -  Daily Herald News
A Wisconsin man who prosecutors say displayed a loaded handgun after a confrontation in Schaumburg on Sunday was charged with unlawful use of a weapon.  Robert Mooers, of Madison, Wisconsin, was held on $4,000 bail and ordered to surrender any firearms he possesses. According to Schaumburg police, about 100 supporters of President Donald Trump gathered near Golf and Meacham roads from noon to 4 p.m. Sunday to protest election results.

About 12 counter protesters were also present, said Schaumburg Sgt. Karen McCartney.  After receiving a report of a driver with a pistol, Schaumburg police stopped a vehicle matching the description, which was driven by Mooers, Assistant Cook County State's Attorney Nicole Murphy said.  Mooers told police someone reached into his car and struck him in the face after he and his wife engaged with the person, Murphy said. Mooers also told police he had a loaded weapon under the seat. Officers recovered a .9 mm pistol containing a bullet in the chamber, Murphy said.  Mooers does not possess a Firearm Owner's Identification card, Murphy said.  According to his attorney, Mooers was struck in the face. Appearing in a Rolling Meadows courtroom via Zoom, Mooers had a visible bruise below his left eye. (PHOTOS BELOW: NO VISIBLE EVIDENCE MOOERS WAS STRUCK IN THE FACE, BELOW HIS LEFT EYE. NO REDNESS, NO WATERING OR TEARING AND OF COURSE NO BRUISE.  Arguing Mooers had "no violence in his background," Assistant Cook County Public Defender Bailee Myers requested reasonable bond.  Mooers next appears in court on Dec. 16, 2020  Wisconsin man arrested on gun charge following Schaumburg protest
https://www.dailyherald.com/news/20201130/wisconsin-man-arrested-on-gun-charge-following-schaumburg-protest 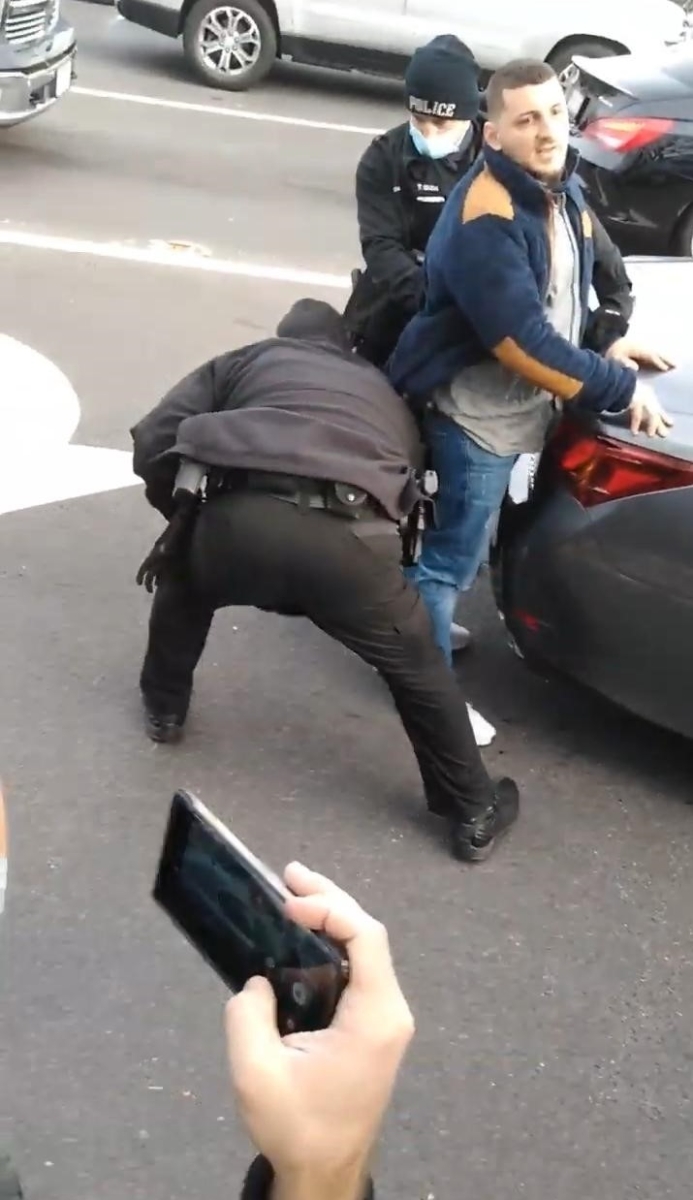