HOW ARE CONSTITUTIONAL CONSERVATIVES IN ILLINOIS, WHO CONSTITUTE THE MAJORITY (Just Look At The Map) SUBJECTED AND CONTROLLED BY LIBERAL DEMOCRATS? THEY LIE AND STEAL THEIR WAY INTO POWER! 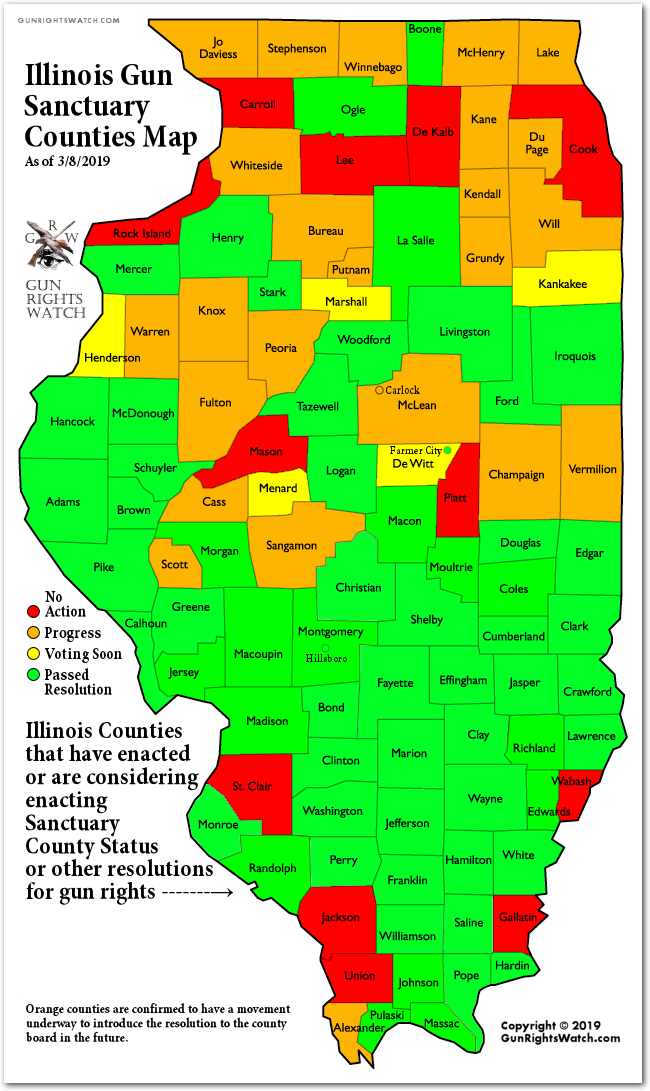 Patriotic citizens in Virginia, Oregon, California, Illinois and New York are sick of having their rights abused by Democrat politicians. Secession movements in each of the above states are gaining traction as residents hope to protect the Second Amendment, religious and economic freedoms and much more. However, the counties aren’t attempting to leave the United States and are instead proposing either becoming entirely new states or joining with more conservative neighboring states.

The Secessionist Movement Is Sweeping the Country!
Submitted by Dave Hodges on Friday, February 21, 2020 - 09:46.

Illinois, Oregon, California, Virginia and even New York are witnessing average everyday people trying to run from liberal tyranny by forming their own state.

OCTOBER 11, 1798, President John Adams - “We have no government armed with power capable of contending with human passions unbridled by morality and religion." “Our Constitution was made only for a moral and religious people. It is wholly inadequate to the government of any other.”  America’s Problem/Solution Is Right Here In John Adam’s 1798 Speach!  Read More At  Ammo.Com

$15 off your first Ammo.com order!

Donald Trump Jr.: Hold to Your Second Amendment Rights ‘At All Costs’ - They will do whatever it takes to try to take away your rights, your ability to protect yourself. We must preserve our 2nd Amendment rights at all costs! Click Here!